How To Make Wine Bottle Candles

Where Can You Buy Boones Farm Wine

Where To Buy Cheap Wine In Bulk

Treasury Wine Estates brand 19 Crimes has teamed up with entertaining and lifestyle guru Martha Stewart on a chardonnay. Launched in partnership with Marquee Brands, which acquired the Martha Stewart brand in 2019, 19 Crimes Marthas Chard is the brands first California chardonnay.

Stewart worked closely with the 19 Crimes team to create a wine that breaks preconceived notions of California chardonnay approachable and simultaneously as bold as her personality, the wine company says. 19 Crimes Marthas Chard will be available in California in early January and distributed nationally on Feb. 1, with a suggested retail price of $11.99.

The 19 Crimes brand tells the true story of heroes who overcome adversity criminals guilty of at least one of 19 crimes in 18th-century Britain were sentenced to live in Australia, rather than death. Marthas Chard joins two previous California launches from 19 Crimes partner Snoop Dogg, 19 Crimes Snoop Cali Red and Rosé, in addition to a portfolio of Australian wines that includes the signature Red Blend.

You know Martha Stewart as a television personality, an author and an all-around lifestyle and business icon. But now, shes also a wine guru.

Stewart has moved increasingly into the world of vino of late. She started a wine company the Martha Stewart Wine Co., to be exact a few years ago. And now, she has partnered with 19 Crimes, a label that launched in 2012, on a Chardonnay, which is indeed simply called Marthas Chard. Its perhaps a perfect fit in that 19 Crimes already has a partnership with Snoop Dogg, a frequent Stewart collaborator.

The 19 Crimes team said they wanted to work with Stewart because of her creative style and ties to Snoop. The labels name refers to the British convicts who were banished to Australia for any of 19 particular crimes in other words, people who were often rebels who beat the odds and overcame adversity to become folk heroes, the 19 Crimes folks say. In the labels view, that spirit lives on through innovators like Snoop Dogg and Martha Stewart.

Its perhaps no surprise that 19 Crimes and Stewart chose a Chardonnay for their collaboration. The varietal remains a solid favorite a recent report noted that it is the second most popular white-wine varietal on the alcohol-ordering platform Drizly, accounting for 25.3% of white-wine sales. Still, the report noted that growth is slowing.

She Calls It An Approachable Chardonnay

Martha Stewart is an entertainer, creator, writer, chef, alleged three-time survivor of lightning strikes, and businesswoman, and now she’s adding another line to her resume: winemaker. Stewart is following in the footsteps of her friend and business partner Snoop Dogg by partnering with 19 Crimes to produce her very own boozy beverage.

19 Crimes Marthas Chard is available nationally, and you can get yourself a bottle for around $11.99. It will be the label’s first California Chardonnay, and promises to be more “approachable” than other chardonnays you’ve had in the past.

“I am thrilled to announce the launch of Martha’s Chard in partnership with 19 Crimes,” said Martha Stewart in a press release. “The world didn’t need just another chardonnay, so I created one that is clean, crisp, and flavorful without being too heavy or oaky. It pairs perfectly with my delicious recipes or can be enjoyed on its own. I hope you love it as much as I do!”

If 19 Crimes sounds like a familiar brand, it might be because Snoop Dogg also partnered with the company for his own Cali Red and Cali Rosé. , Stewart predicted that her chard “will be your favorite wine.” The final selling point for this wine? The cork has Martha Stewarts face on it, making it perfect for your next arts and craft night.

Pick up your own bottle at a store near you.

Recommended Reading: What Kind Of Cheese Goes With Red Wine

Overall, I really enjoyed this Chardonnay!

This is the third 19 Crimes wine Ive tasted and so far, none have disappointed.

What I liked most about Marthas Chard was the complex and enjoyable flavor.

While the aroma was lovely, it was fairly muted and it was really the wines palate that stole the show.

I think most people would enjoy this wine.

It starts off with a short sweetness that gets reinstated with a fresh pour, but then lets all its acidic and minerality complexities come through. 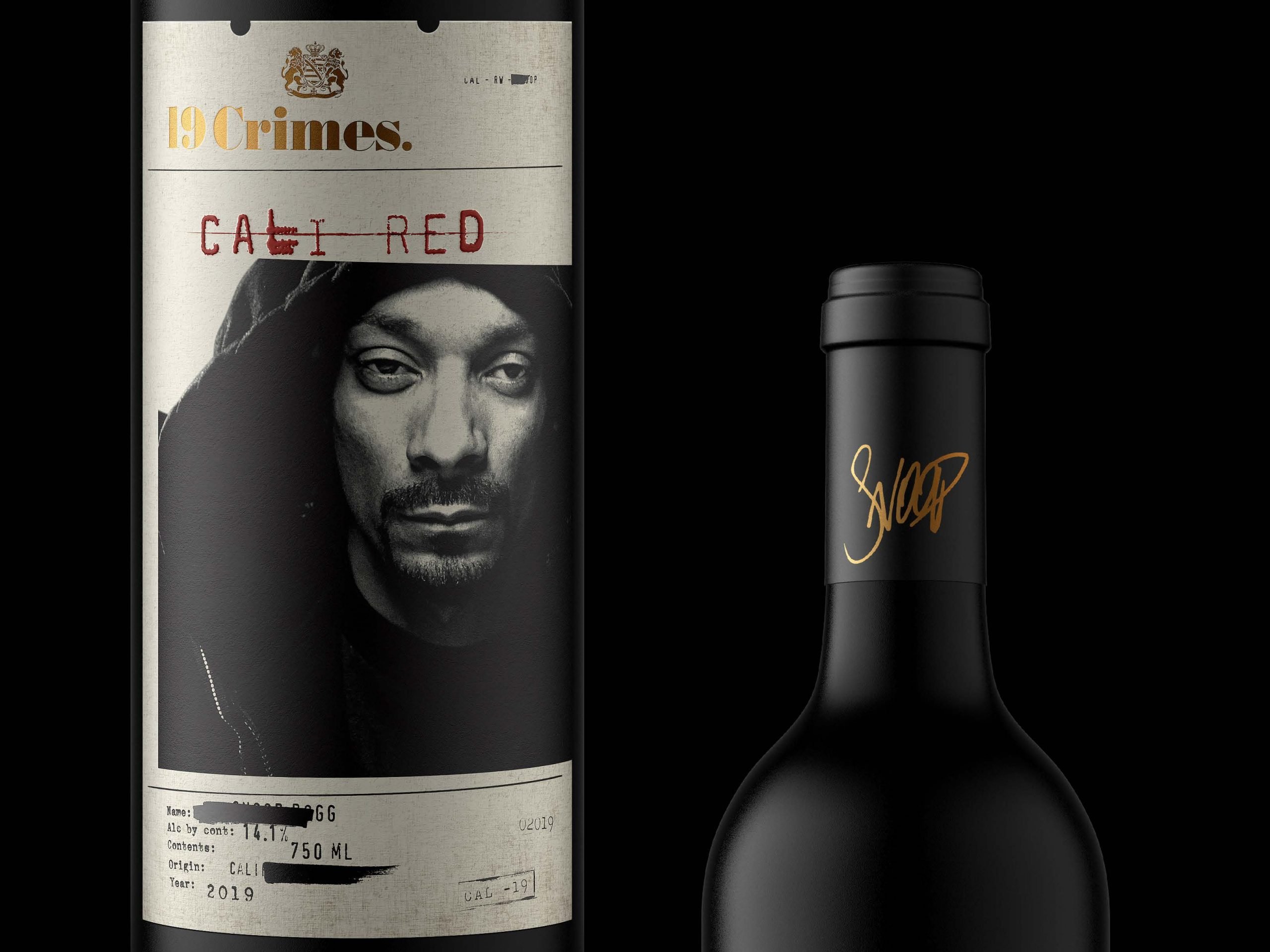 19 Crimes has added another famous face to its lineup by recruiting Martha Stewart to launch its first California Chardonnay, Marthas Chard.

The Snoop Dogg connection is clear with 19 Crimes, and now Stewart has joined the party with the brands first California Chardonnay, Marthas Chard.

John Wardley, Vice President Brand Marketing at Treasury Wine Estates, Americas said of the collaboration, The release of 19 Crimes Marthas Chard comes as the brand has experienced explosive growth, delivering the Number 1 US Wine Innovations in both 2020 and 2021 for our first California wines with global icon, Snoop Dogg. Just like her creative collaborator and friend Snoop, Martha Stewart also embodies the spirit of 19 Crimes disruption and culture creation. We couldnt be more excited to welcome another absolute icon of modern American culture to the 19 Crimes family.

This website uses cookies so that we can provide you with the best user experience possible. Cookie information is stored in your browser and performs functions such as recognising you when you return to our website and helping our team to understand which sections of the website you find most interesting and useful.

Strictly Necessary Cookie should be enabled at all times so that we can save your preferences for cookie settings.

Read Also: Where To Sell Your Wine

19 Crimes Martha’s Chard Chardonnay tells the true story of heroes who beat the odds and overcame adversity to become folk heroes. And while the wines are a product, they’re also more than that. They’re named after rebels and misfits of historycharacters ranging from 19th-century robbers in Chinese mythology to contemporary people like Martha Stewart.

19 Crimes tells the true story of heroes who beat the odds and overcame adversity to become folk heroes. This spirit lives on today through innovators like Martha Stewart, a self-made icon who built a domestic empire. Marthas drive embodies the timeless values of the 19 Crimes mavericks who came before her.

Don’t Miss: Where Can I Buy Manischewitz Wine